Kuh Ledesma - A Night of Nostalgia 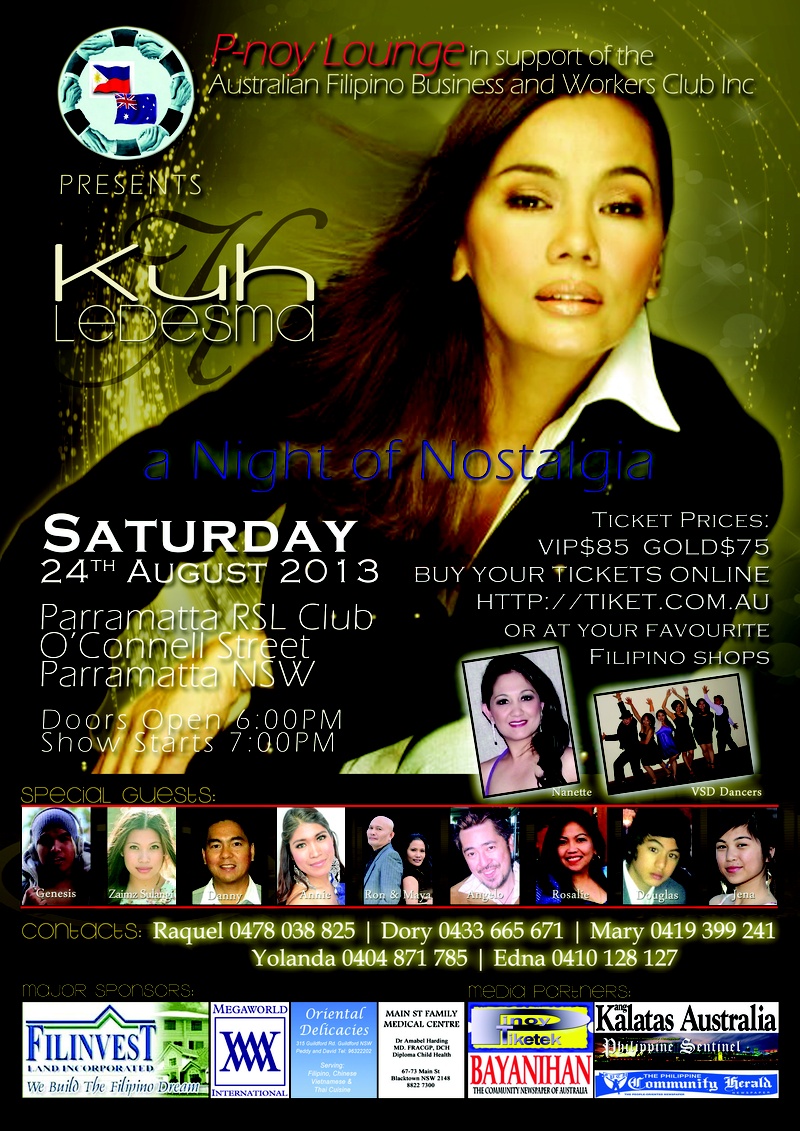 The P-noy Lounge Resto Bar & Function Centre in support of Australian Filipino Business & Workers Club Inc. (AFBWCI) cordially invites you to join us in celebrating our anniversary entitled "A Night of Nostalgia" with the top Philippine Pop Diva Ms. Kuh Ledesma, a multi-talented singer and actress.

Similar to our previous activities, as part of our celebration and promotion with gratitude,this time we will be holding a series of events in three (3) different locations in cooperation with OZ Promotions dated 23, 24, and 25 of August 2013 at Rooty Hill RSL Club, Parramatta RSL Club and Campbelltown RSL Club respectively. Meet & Greet and press conference will be held at P-Noy Lounge on the 22 August 2013, 7:00pm located at shop 1/57 Main Street Blacktown NSW.

The Aforesaid events are one of the many ways to promote and inform the Filipino community about the lounge serving authentic Filipino cuisine as well giving great opportunities for our  vibrant local Filipino performers to showcase their amazing talents. Nevertheless, a remarkable way to express our gratitude for patronizing the lounge. 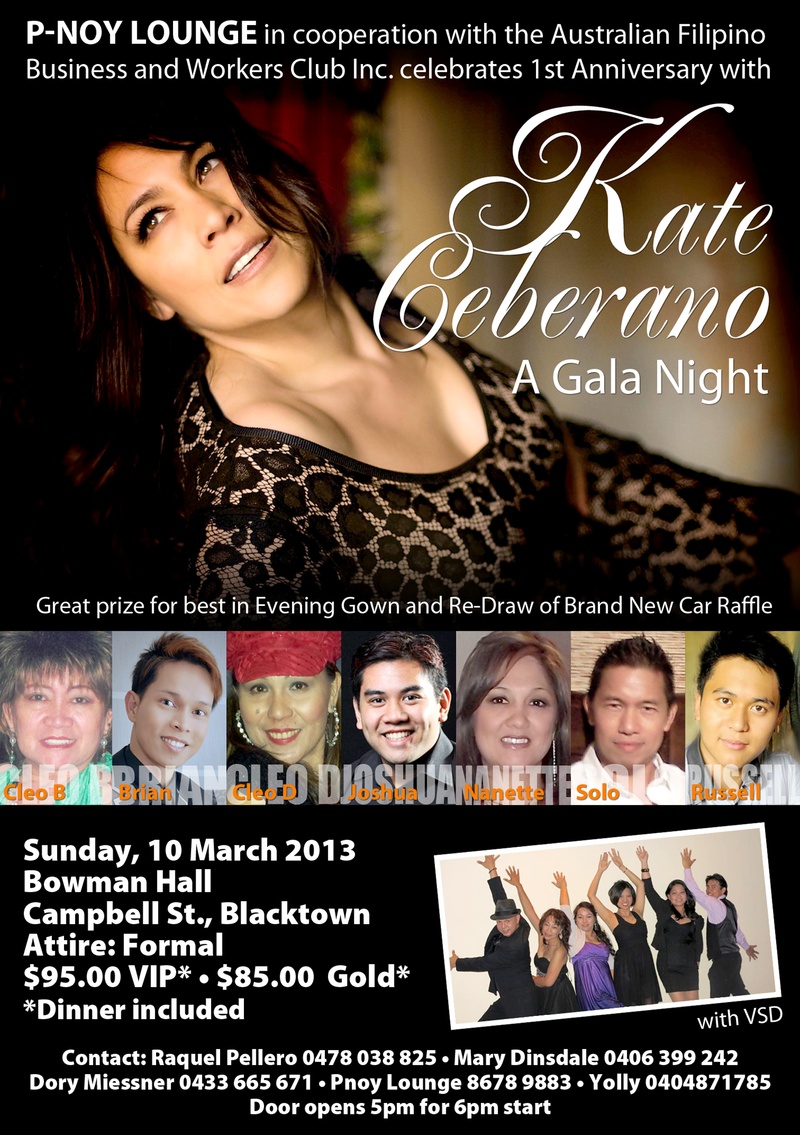 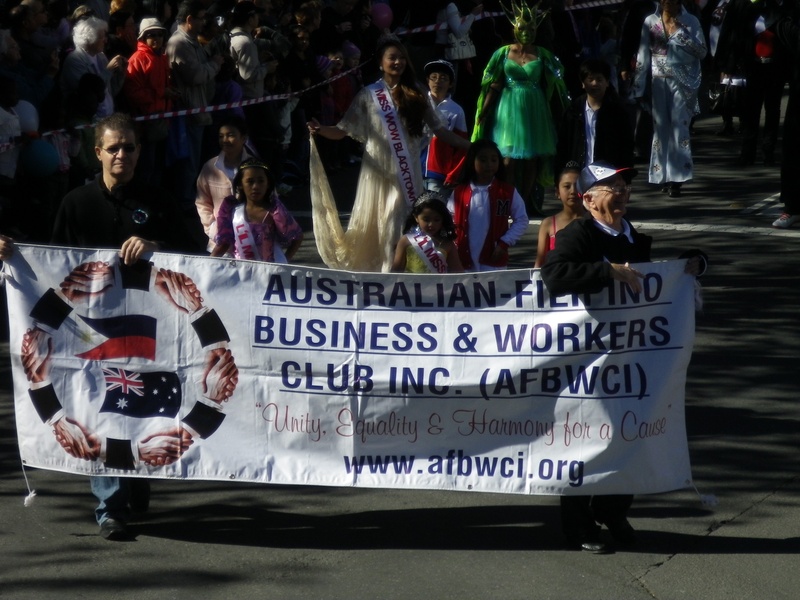 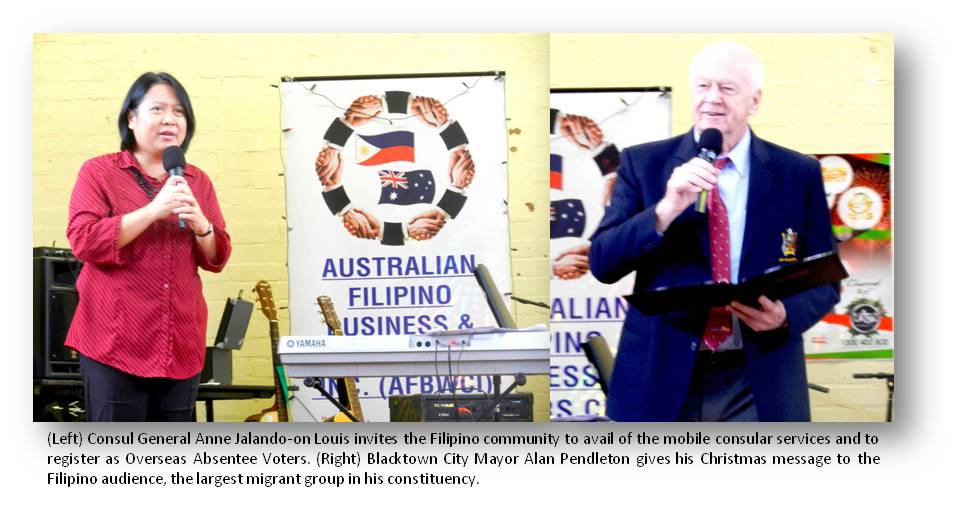 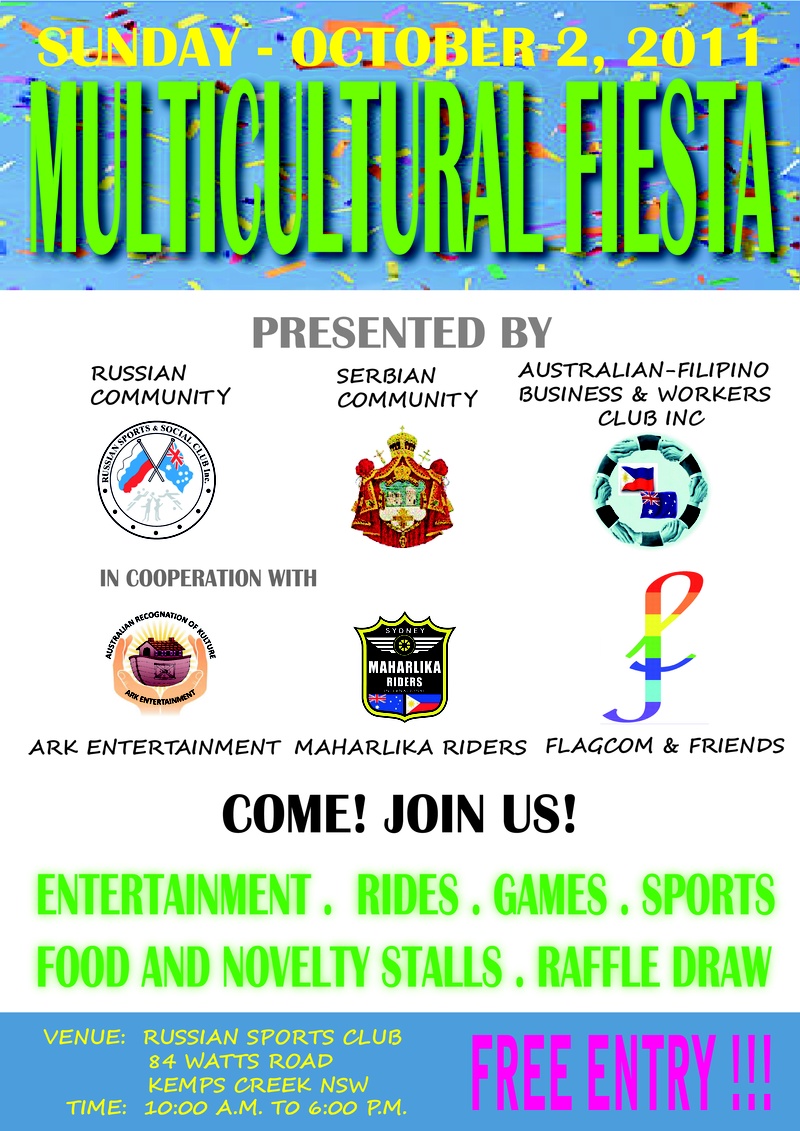 A joint multicultural fiesta featuring the culture and traditions of the Russian, Serbian and Filipino Australian communities was successfully held at the Russian Club in Kemps Creek southwest of Sydney last 2nd of October 2011. The event had a warm reception from the public who trooped to 84 Watts Road in Kemps Creek despite the rainy and cold weather. Fortunately, the activities were mostly indoors in the impressive building, which was established by the Russian community under its leader Con Tonkikh. Participants were treated to a variety of stalls showcasing Russian, Serbian and  Filipino Australian food and delicacies as well as colourful traditional costumes from both the young and older members of the community.

According to Raquel Pellero, Secretary and Event Coordinator (AFBWCI) her organisation took part in the fiesta which showcased traditional Russian and Serbian dance, music, food and arts and crafts. There were multicultural presentations and entertaining numbers featuring the ethnic groups' folk dances and music. President of AFBWCI, Ariel Satorre gave the welcome speech while representatives from the Russian community helped host the program alternatively with duo Albert Prias and Charles Chan from the Flagcom and friends group, another Filipino-Australian social organisation involved in the fiesta. The list of performances included the following: Srpski splet-Dances from various regions, Igre iz Levca-Dances from central Serbia, Setnja I Kraljevo kolo, Igre iz juzne Srbije (Nis I Leskovac)- Dances from South-East Serbia, Gupsy Dance and Serbian national dance. Elise, a young girl in her traditional black and red dress played the accordion too. The Russian community presented a number from its Choir conducted by Elena Metleko, Elene Kravchenko's Creative collective dance“Kalinka,” Ukraine dance and Flower, Dvoika and Barinya Russian souvenir dances.

R n B 'Rhythm of Culture' 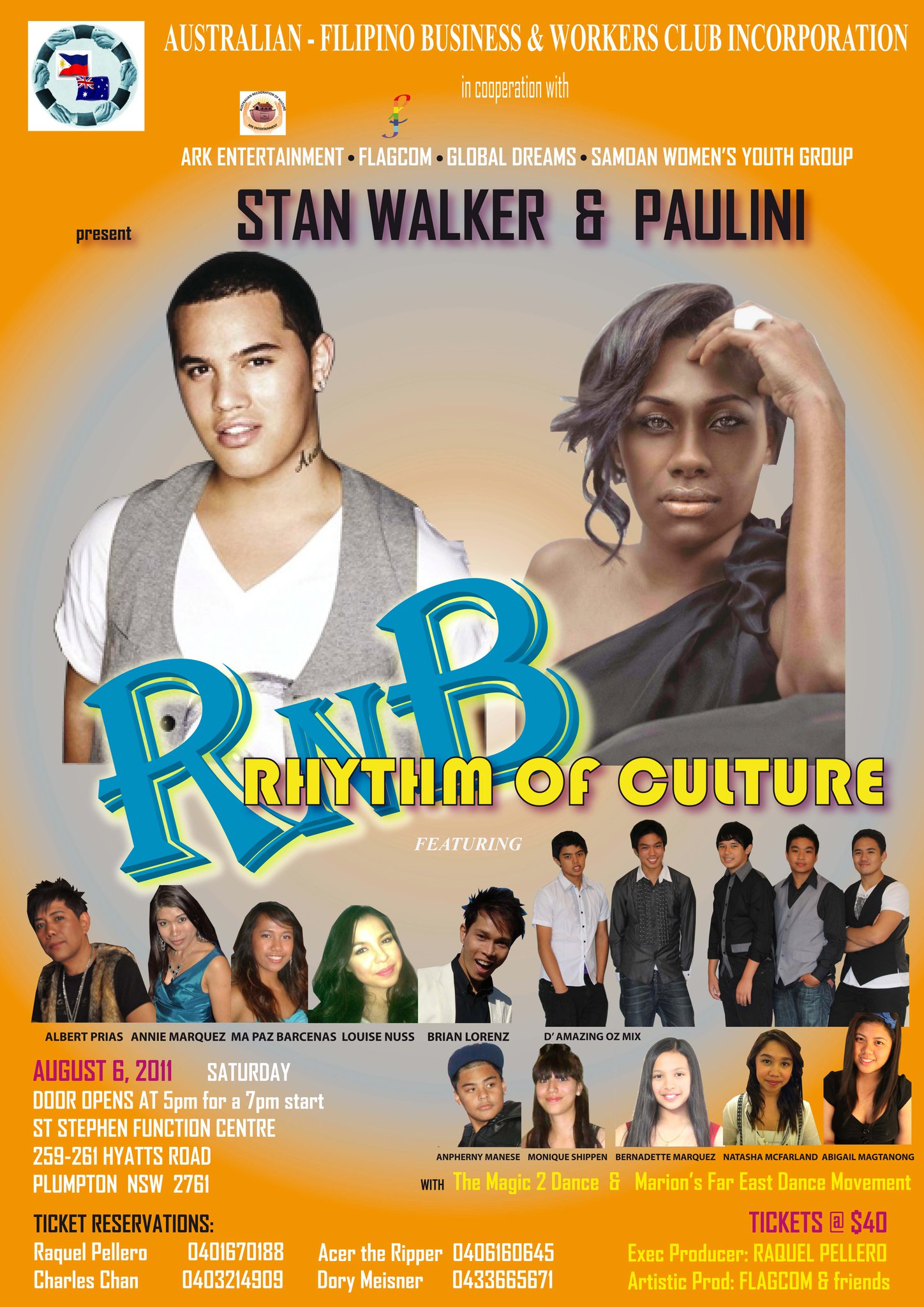 Paulini is a RnB Pop and soul diva, singer/songwriter and a telemovie actress.

Stan Walker is also another remarkable singer who won the Australian Idol 2009.

The aim of this fundraising event is to foster stronger bonds of friendship within the youth groups, better understanding & appreciation of cultural diversity and promote multiculturalism in the community. 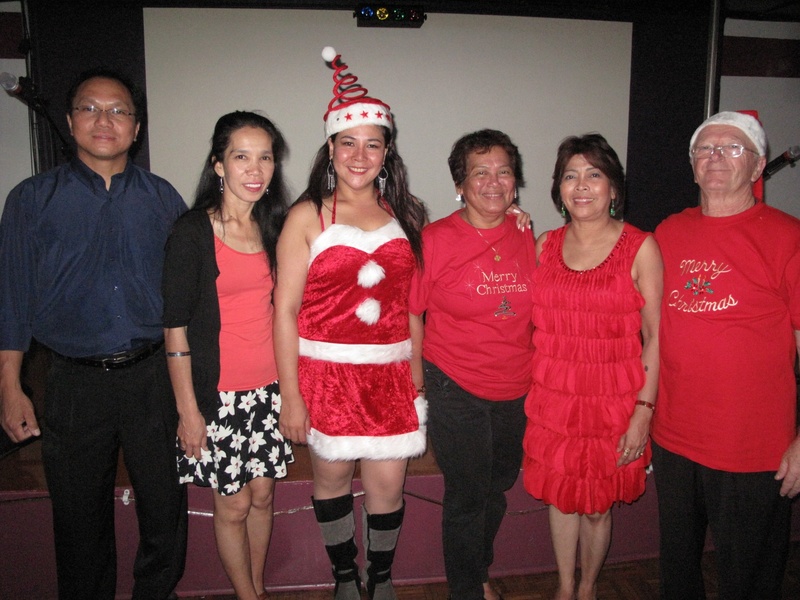 Christmas Party is an extraordinary party as it is celebrated annually to coincide our one and only GOD's Birthday. It is a party were everyone seems to understand and be thankful of what is the TRUE meaning of Christmas.

This year, AFBWCI Board of Directors have decided to hold the party at Pabico Club 55 Family Restaurant for all the club members and newly joined members, either individual or business entity to enjoy and will have the opportunity to meet and greet everyone involved in this organisation.

On behalf of the AFBWCI, Merry Christmas and Prosperous New Year to all of you especially to all the sponsors, guests and friends who have supported the event, you are tremendous.  Your  generosity is highly appreciated. Until next time. ARK:) 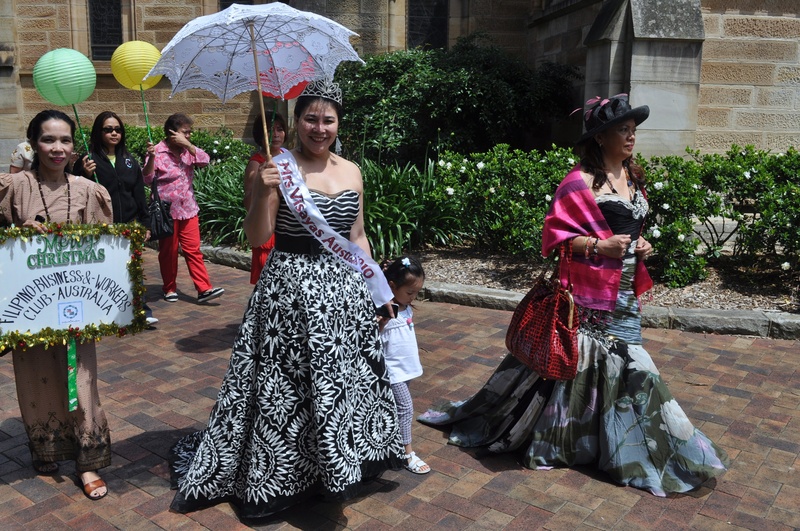 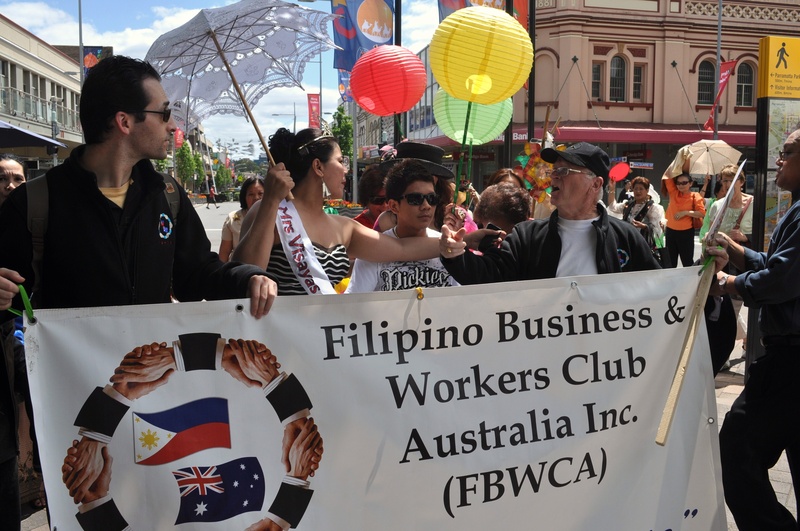 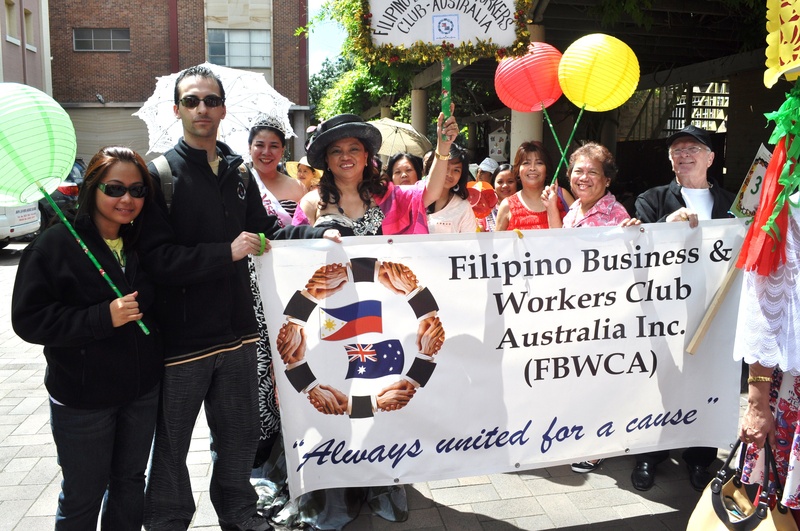 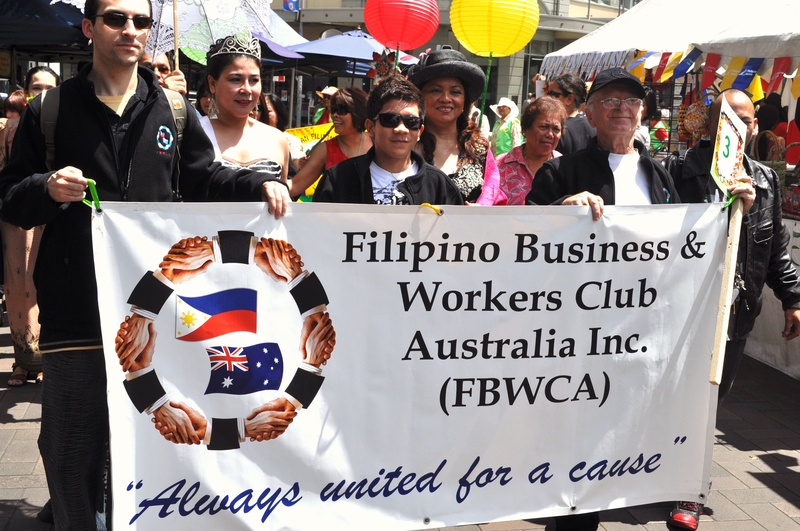 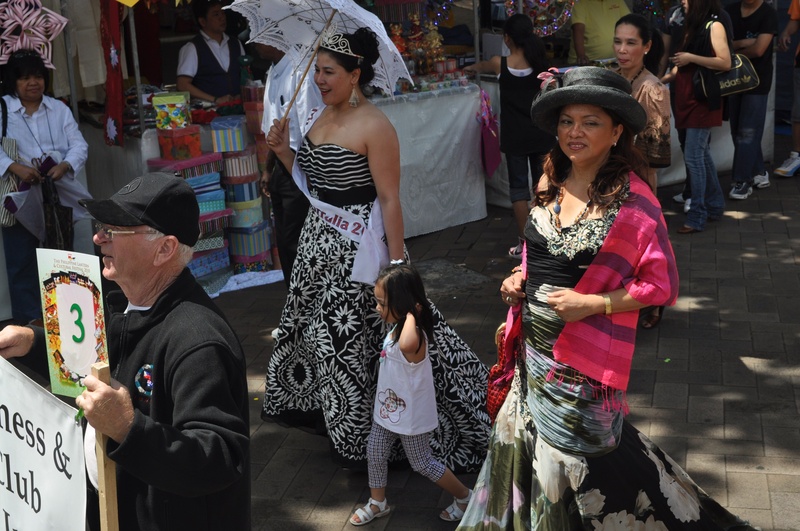